The Oakland Arena is a multipurpose arena originally designed for Basketball matches but suited perfectly to hosting concerts and Esports events.

While there are no permanent Esports fittings at the Arena, generally for Esports Championships a stage in built in the middle of the Basketball arena, with 4 large LED screens racing the 4 stands, broadcasting the action.

From 2006 – 2019 the Oakand Arena was named the Oracle Arena, but when Golden State Warriors left they took the awesome tech name with them, which is a shame as Oracle Arena just sounds more Esporty than Oakland Arena.

Below is a seating plan of 's Oakland Arena: 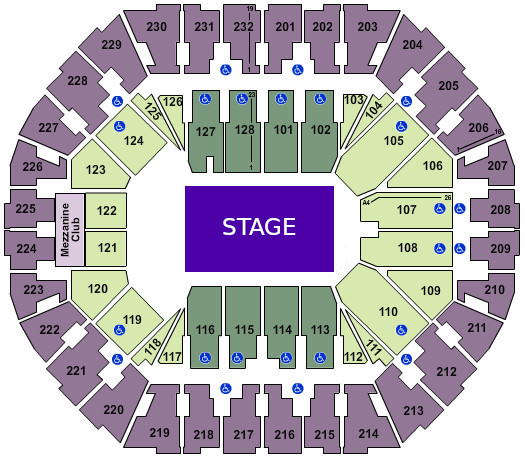 Click the thumbnails above to enlarge each image of Arena.

What is the Address of Oakland Arena?

The address for Oakland Arena is 7000 Coliseum Way, Oakland, California

What year was Oakland Arena opened?

What is the capacity of Oakland Arena?

Oakland Arena has a spectator capacity of around 19596 for Esports events.

How much did the Oakland Arena cost to build?

What Tournaments and Events have been held at Oakland Arena?